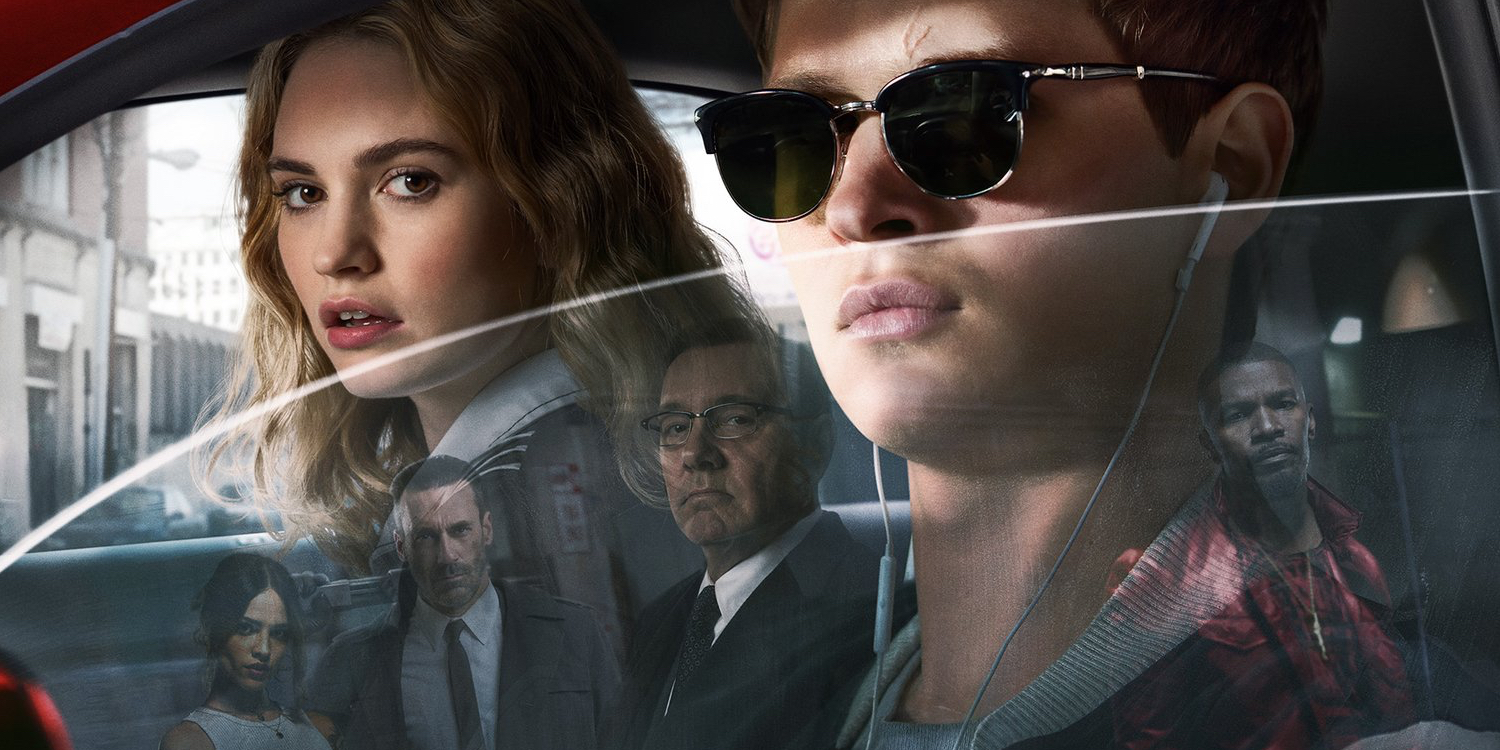 The music, cinematography and editing on this were SO tight, I think they probably spent months in post production syncing every scene.

Baby is a driver, not just that, he’s a phenomenal driver, but due to some unfortunate circumstances he’s had to drive for some very bad people doing some very bad things. This is the story of how that all changed once he fell in love with a girl named Debora. The baddies played by John Hamm (Hammsome, as he’s called by many) Jamie Foxx, Kevin Spacey and Eiza Gonzalez are BRILLIANTLY depicted with just the right amount of crazy. Ansel Elgort and Lily James do brilliantly as the young lovers just waiting for their break in life to run away, head west on 20, with a plan they don’t have in a car they can’t afford. The poetry in the writing was only surpassed by the syncopation of both the action sequences and the soundtrack to create a wonderfully packaged film.

Oh, did I mention the driving bits? They didn’t crash 100 million in cars like Fast and Furious, but dammit if they didn’t wow me with the driving. THAT WAS SO COOL.

Speaking of Lily and Eiza, if they were bubblegum they’d be babe-alicious. If they were president they’d be Baberham Lincoln. They’re super cute, the whole cast is full of dreamboats, so it was nice to see that their performances were also stellar so they weren’t particularly relying on their looks to make the movie palatable like that other movie we just saw. I can’t remember it…was it that bad? I digress. This is a movie you need to see at full volume, see if the theater manager will crank it up to 11, Baby Driver is a big win.

Congrats Edgar Wright, this one’s a keeper. Just “google” Edgar Wright”, you like everything he’s done.