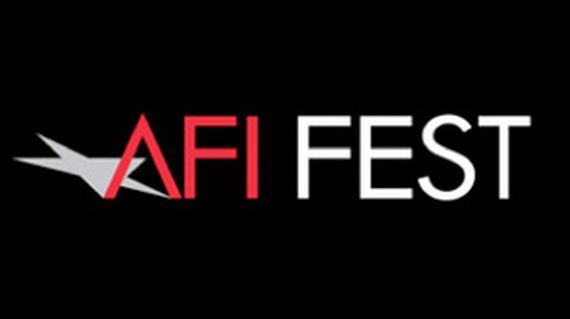 The AFI Film Festival; hosted from November 10th – 17th 2016 at the Chinese Theater in Hollywood, California.

It’s Monday night and I’m waiting in line to see the most recent Disney feature film, Moana. The line is very long and I’m wondering if I’m even going to get into the theater at all. Why is the line so long on a Monday night? Why is the show sold out? It’s because I’m at the annual AFI (American Film Institute) Film Festival, which is a free event that celebrates both Hollywood and independent films made throughout the world.

So, my friend and I get to the door with just a few people in front of us. We’re so excited that we’re going to get to see this feature film before it even hits theaters. So, we wait…and wait…and wait. Finally, we make it in just as the movie starts…and we get seats in the very front row! I’m not complaining. I’m just trying to put this festival into perspective. If you want to see any of these movies (especially the Hollywood feature films) you have to get in line at least 4 – 6 hours in advance. I got in line for Moana about 3 hours in advance (my friend was in line for about 3.5 hours) and we almost didn’t make it in…almost. Like I said, we got two seats in the front row and we were very lucky to get those seats.

The AFI Film Festival hosts many events, in addition to screenings, where the film’s creators and stars are in attendance. So, you can imagine that it gets pretty busy. 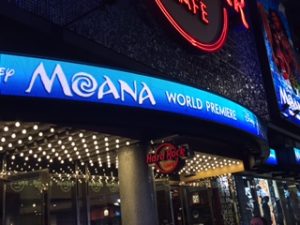 Mentioned earlier, this film festival is free and it’s the only film festival that’s free to the public. The festival screens everything from feature films, to short films, to foreign films, so there’s something for everyone. It’s also Los Angeles’ longest-running international film festival, running for a total of 30 years. Specific events include nightly red-carpet galas, special screenings, concerts, and conversations with the film’s stars and creators.

Some of the annual festival screenings include tributes to the industry’s most influential figures (in the past, this has included Viggo Mortensen,  Christopher Plummer, David Lynch, Catherine Deneuve, etc.,). This year, tributes included Elle/Tribute to Isabelle Huppert, Citizen Kane, and the 20th Century Tribute to Women/Tribute to Annette Benning.

Talk about a laundry list of events and screenings. This film festival was definitely worth waiting in line for…despite the fact that I didn’t get to see People Magazine’s Sexiest Man Alive, Dwayne Johnson (or any of the other cast members) because I got into the theater as the movie was starting…maybe they weren’t even there. Regardless, the AFI Film Festival was a lot of fun for me and if you get a chance to go next year, my advice is to take advantage of that opportunity. You might even be inspired by some of the influential artists featured in the festival to make your next big film.