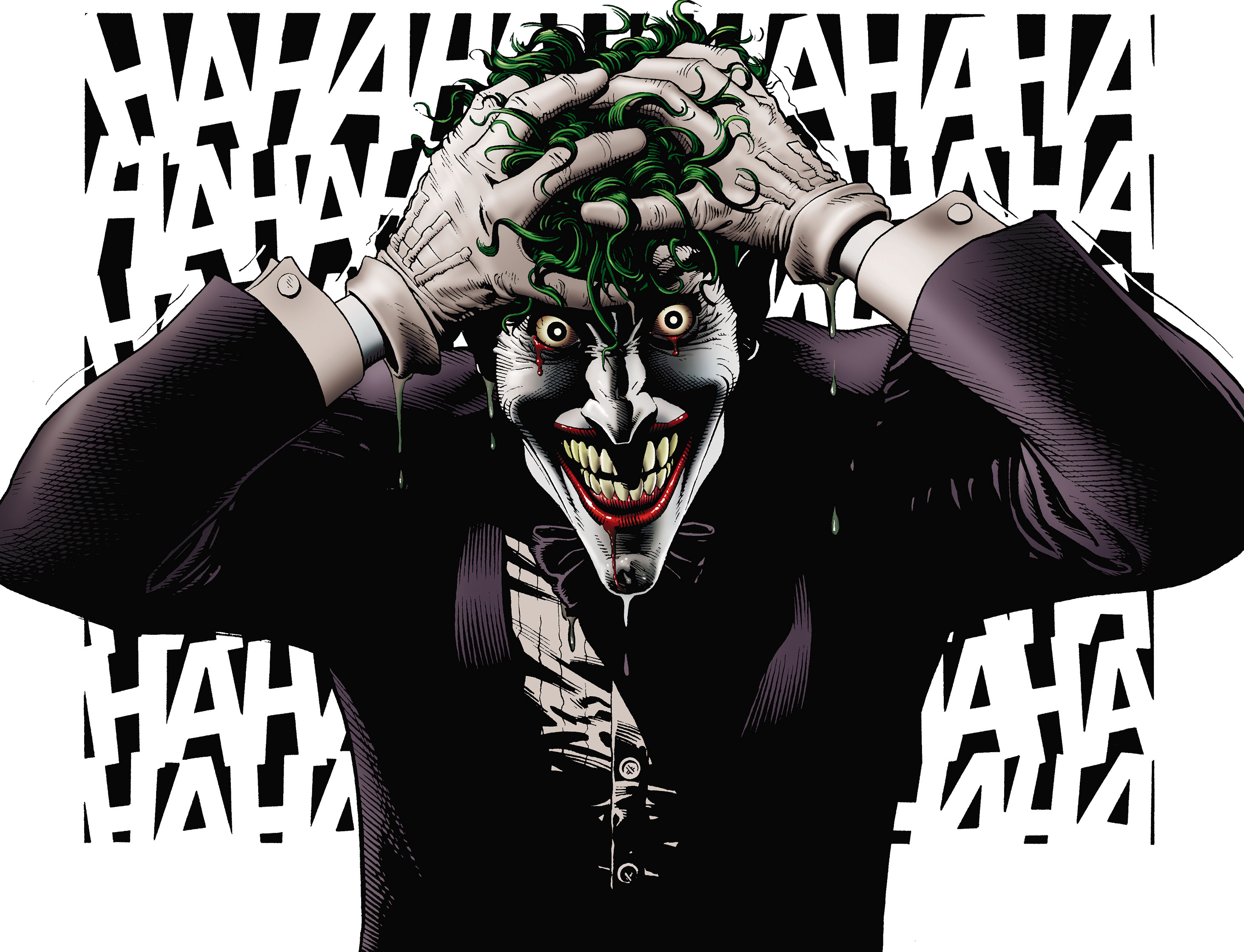 Batman: The Killing Joke is one of the most famous Batman comics in the superhero’s history. The Killing Joke follows Batman as he tries to tracks down The Joker after he as kidnaped Commissioner Gordon. The graphic novel was controversial in it’s day for it’s disturbing content and because of that the movie adaptation has received a R rating.  While The Killing Joke does not quit live up to expectations of die hard Batman fans, there is plenty a creepy and insane moments to sink your teeth into.

First off, The Killing Joke does make use of the R rating with the Violence and disturbing imagery. The movie is brutal, minor characters are shot in a head and at one point a severed hand is seen flying across the screen after an explosion. The Killing joke has a chilling atmosphere that is truly disturbing. Joker commits horrendous acts on other characters just to prove a point.Joker proves once again he is the top bady of Gotham City. His tunnel of love segment is funny and disturbing at the same time. The whole setting of the abandoned carnival and the Joker’s freaking goons makes the movie feel like a horror film rather than a comic book movie. 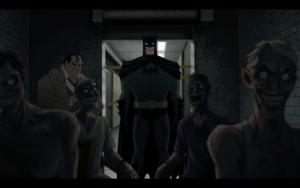 The Killing Joke is that it faithfully adapt the graphic novel  to the point where it’s nearly shot by shot from the graphic novel. One difference is is that the movie is not as detailed, which is expected seeing that this is a Bruce Timm project, who was the person behind the critically acclaimed animated series from the 90s. So the animated is cross between the show and the artwork from the graphic novel, which works pretty well. The animation does feel flat at time but not in a bad way. the flatness give the movie that harder edge look.

Another Element that is taken straight out of the graphic Novel is the writing. Monologues are taken straight from the pages. Examples are “Memories” monologue and the monologue Batman gives about the final outcome of their conflict when he visits Joker’s cell. 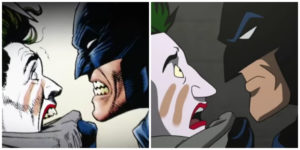 However words are nothing without talent, and voice acting is top notch. Mark Hamill returns as The Joker and Kevin Conroy returns as Batman. Hamill and Conroy, for those who don’t know have been voicing these two iconic characters since the early 90s from the animated series to the Arkham games. The two will forever be associated with the characters for the rest of their careers and for good reason. Hamill brings the joker to life with each monologue. Hamill’s Joker hit’s the right balance between the clown and the psychopath  Conroy continues to have the definitive batman voice as he strikes fear into criminals. Tara Strong also returns to voice Batgirl/ Barbra Gordon, Commissioner Gordon’s daughter. She delivers a strong but naïve performance for the famous sidekick of the Dark Knight. It’s just too bad her character had a arch that went really no where 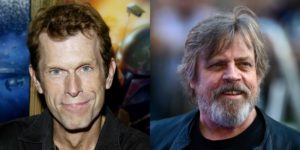 Now The Killing Joke is not a perfect movie, in fact it’s just short of reaching amazing. The Most glaring issue of the movie is it’s first act. In the original graphic novel, Barbra was more or less a plot device to move along the story, so the first act is dedicated to developing Barbara has she tries to catch this up and coming mobster, Paris Franz. It was nice to see the character get more development, but the extra storyline felt really tacked on and out of place. It attempted to parallel the relationship between Batgirl and Franz to that of Batman’s relationship with the Joker. This is a cool idea, as it’s own story, but as a prologue it was just too long. and the tone of it was again out of place. This is a shame too because time could have been spent more on her relationship with her father, Commissioner Gordon, which proves vital later in the story.

Batgirl additions
Also there is a romance between Batgirl and Batman that just does not work. First off it was a bit weird because of the age difference ,second it felt like a force reason for Batman to care about her. Which is unneeded since it perfectly ok for people to care for the opposite gender without actually being romantically involved.

Another issue that is not necessarily the movie’s fault but just The Killing Joke in general. Joker’s backstory is revealed. Joker as a character in general, works better with the less that is known of the character. Knowing the backstory of the joker makes him sympathetic. Joker being sympathetic takes away from the randomness of the character. Joker is chaos incarnated and when backstory gives him a reason for his madness, he is a lot less threatening of a villain. Now granted it’s highly speculated that this backstory is not actually what really happened. However it still does not prevent the Joker from becoming sympathetic. 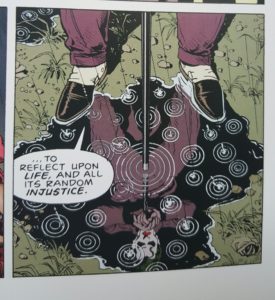 Also one minor detail that might put off some people is the ending. The movie just kind of ends which is somewhat jarring at first. However after some time it still works because it leaves the ending up for interpretation among the viewers.

Overall these issues do not kill Batman: The Killing Joke. There is plenty to like here with the creepy imagery and atmosphere. The voice cast is top notch with Mark Hamill and Kevin Conroy owning their roles as Batman and The Joker. It’s just the overly long first act and flaws with the source material that keeps from being the all time best animated Batman movie fans were expecting. 7.7/10

Batman: The Killing Joke is currently available for digital download and will be released on Blue-Ray and DVD on August 2nd.